Folo formerly known as AJ Megaz is currently our main artist at Damix Records. He is the Founder of Kingdom Direct Ministries which Damix Roecords is part of. He is a prolific Song-writer, Singer, Sound engineer and the Producer at Damix Records with other producers he works with. He released his debut Love-Song Singe Album titled “Just Give Me You” in the middle of 2016 which commanded some attention in diverse places and frequently aired on some online radios but now specialise on gospel music only to serve the Lord. He studied Music Business and Vocal Recording technology with Berklee College of Music USA in honour grades after which he proceeded to study Music Technology with the University of Adelaide Australia. 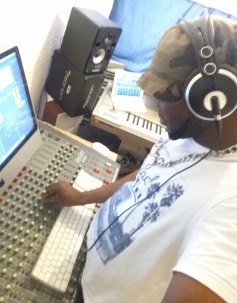 He specializes in singing genres like contemporary gospel and Christian songs… etc. He also plays some instruments like the Piano, Drumkit, Recorder…etc